The earthquake’s epicenter was situated around 75 kilometers southeast of Jakarta, the capital of Indonesia, close to Cianjur town in West Java. More than 25 aftershocks were detected by Indonesia’s Badan Meteorologi, Klimatologi, dan Geofisika (BMKG), or Meteorology, Climatology, and Geophysical Agency. Local authorities claim that a fault line in the north Cimandiri fault line that has not yet been documented caused this shallow earthquake.

The death toll is increasing moment by moment as search and rescue activities get underway. The West Javan towns with the highest reported death rates were located in the Cilau, Cianjur, and Cugenang subdistricts. Indonesia is a country that lies along the Pacific Ring of Fire, where numerous earthquakes and volcanoes frequently result from the collision of several plates of the Earth’s crust.

Since the aftershock, people are still reluctant to stay in their damaged homes. Numerous locations experience landslides, cutting off partial access to Cianjur. Several government buildings, places of worship, and schools suffered damage due to this natural calamity. Communication efforts are currently difficult and inaccessible due to the downed electricity and communication connections.

Data was gathered by ADRA from local churches, NGOs, WhatsApp groups run by the government, and online meetings, including ones with the logistic cluster headed by the Badan Nasional Penanggulangan Bencana; officially National Disaster Management Agency. ADRA personnel from Jakarta were dispatched to examine the situation and identify greatly impacted households that are most at risk.

With your help, you can lighten the burdens of the affected people by donating through ADRA Indonesia Bank Account: 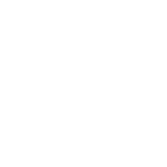